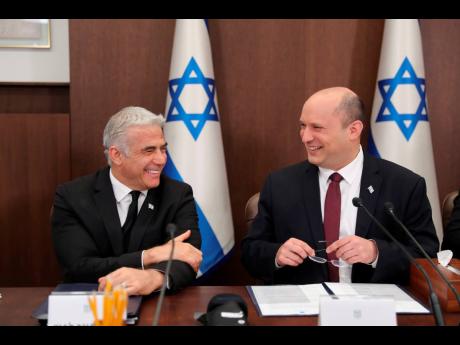 Israel’s weakened coalition government announced Monday that it would dissolve parliament and call new elections, setting the stage for the possible return to power of former Prime Minister Benjamin Netanyahu or another period of prolonged political gridlock.

The election will be Israel’s fifth in three years, and it will put the polarising Netanyahu, who has been the opposition leader for the past year, back at the centre of the political universe.

“I think the winds have changed. I feel it,” Netanyahu declared.

The previous four elections, focused on Netanyahu’s fitness to rule while facing a corruption investigation, ended in deadlock. While opinion polls project Netanyahu, who is now on trial, as the front runner, it is far from certain that his Likud party can secure the required parliamentary majority to form a new government.

Prime Minister Naftali Bennett, a former ally and aide of Netanyahu, formed his government a year ago with the aim of halting the never-ending cycle of elections. But the fragile coalition government, which includes parties from across the political spectrum, lost its majority earlier this year and has faced rebellions from different lawmakers in recent weeks.

Announcing his plan to disband the government during a nationally televised news conference, Bennett said he had made “the right decision” in difficult circumstances.

“Together, we got Israel out of the pit. We accomplished many things in this year. First and foremost, we brought to centre stage the values of fairness and trust,” Bennett said, standing alongside his main partner, Foreign Minister Yair Lapid. “We shifted to a culture of ‘we,’ ‘together’.”

Under their coalition deal, Lapid, who heads the large centrist party, Yesh Atid, now becomes the interim prime minister until the election, in which he is expected to be the main rival to Netanyahu.

Standing together with Bennett, he thanked his partner for his hard work and for putting the country ahead of his personal interests.

“Even if we’re going to elections in a few months, our challenges as a state cannot wait,” Lapid said. “What we need to do today is go back to the concept of Israeli unity. Not to let dark forces tear us apart from within.”

Bennett’s coalition included a diverse array of parties, from dovish factions that support an end to Israel’s occupation of lands captured in 1967 and claimed by the Palestinians, to hard-line parties that oppose Palestinian statehood.

Many of the parties had little in common beyond a shared animosity to Netanyahu. Often described as a political “experiment”, the coalition made history by becoming the first to include an Arab party.