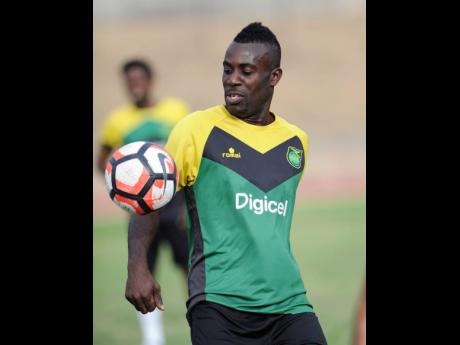 Eleven-time champions Rusea’s High School kept their chances of advancing from the first round of the ISSA/WATA daCosta Cup alive with a 1-0 win over rivals Frome Technical High School at WesPow Park in St James yesterday.

Rusea’s, who came into the game at the foot of the table, showed fight from the start, putting together their best patterns of play to date. They got the breakthrough in the 35th minute when Shaven Salmon chipped the Frome goalkeeper.

Frome was stunned by the resilience shown by the Lucea-based team who were determined to grab their first win of the season, pulling out all the game management tactics they could.

Rusea’s coach Dwayne Ambusley says that since their last title win in 2017, things have not gone to plan, but says the team is just going through a cycle at the moment.

“We understand the concern because of the expectation, but there is no need to panic,” he said. “In 2018, it wasn’t me really, in 2019 we dropped out after two legs where we dominated the team, and it just wasn’t meant to happen. This year, we were not prepared, but Rusea’s is in good hands. We will get back on our perch by next year with these young players.

“We have a young team of mainly 15 and 16-year-olds, so we just have to be realistic. We don’t have any facility and we’re just not ready for the season this year. So when we train on not even half a field and come out here, it’s hard.

Frome coach Clayton Stephens was disappointed with their performance. He says they were overwhelmed by the occasion.

“I think Rusea’s really showed up because it is a derby game,” he said. “I really don’t know what came over my guys. I told them before that we can’t play with a derby game, [that] not because Rusea’s were at the bottom of the table, we can’t take them lightly.

“I think it’s something we can get over. We have Petersfield on Tuesday, and three points is a must or else it will get a bit uncomfortable, which we can’t afford.”

With the win, Rusea’s climb into fifth place with four points in the seven-team zone. Frome, with nine points, slip to second, one behind leaders Mannings, and two ahead of Petersfield. Green Pond, in fourth, only bettered Rusea’s on goal difference.