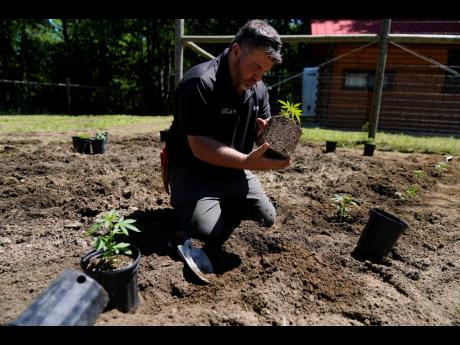 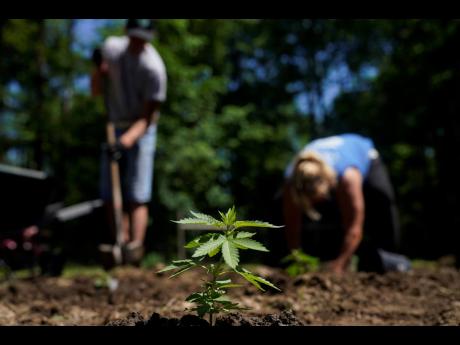 AP
Marijuana plants for the adult recreational market are planted at Homestead Farms and Ranch in Clifton Park, New York on June 3, 2022. 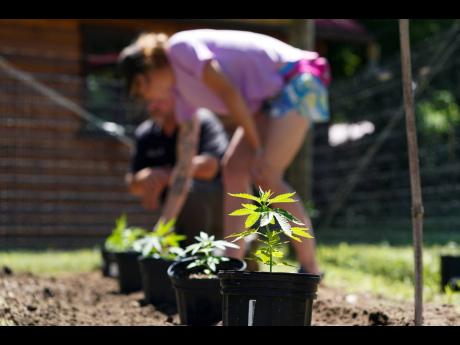 AP
Marijuana plants for the adult recreational market are spaced out prior to being planted at Homestead Farms and Ranch in Clifton Park, New York on June 3, 2022.
1
2
3

New York’s recreational marijuana market is beginning to sprout, literally, with thin-leafed plants stretching towards the sun in farms around the state.

In a novel move, New York gave 203 hemp growers first shot at cultivating marijuana destined for legal sales, which could start by the end of the year. Big indoor growers are expected to join later.

But for now, the field is clear for growers like Frank Popolizio of Homestead Farms and Ranch, where a small crew north of Albany earlier this month dug out shallow holes for seedlings before packing them in by hand.

“It is an opportunity. There’s obviously going to be a demand for it,” Popolizio said during a break in planting. “And, hopefully, it benefits the farmers. Been a long time since there’s been a real cash crop.”

Popolizio is tending to a half-acre (0.2 hectares) plot that will grow upward of 1,000 plants, surrounded by a tall electrified fence. He and other “conditional cultivator” licence-holders can grow up to an acre of marijuana outdoors. They can grow all or some of their crop in greenhouses, though in smaller areas, and use limited lighting.

The licence is good for two years, and holders will be able to distribute cannabis flower products to retail dispensaries.

The head start for hemp growers is an unusual way to gear up a marijuana market. Heather Trela, a marijuana policy expert at the Rockefeller Institute of Government in Albany, said states typically rely initially on their existing medical growers. New Jersey, for instance, launched sales this year with cannabis grown indoors and sold by companies involved in the medical marijuana market.

But New York’s move is a potential lifeline for farmers growing their crop for CBD during a slump in prices. They have a chance to make much more money growing what is essentially the same plant, but with higher levels of THC — the compound that makes people feel high. Popolizio sees it as his “next logical step”.

A lifelong athlete, Popolizio seems like an unlikely cannabis farmer. He has never puffed a joint or chewed an edible. But the amateur wrestling coach and promoter added cannabis to the mix at Homestead, along with beef, turkeys and chickens. And he’s begun to appreciate the potential benefits of cannabis for adults.

“I’m open-minded, and I’ve come to understand that there is value,” he said.

The inclusion of smaller farmers also helps the state meet its mandate to create an economically and demographically diverse marijuana industry. Similarly, the first licences to sell recreational marijuana in New York will go to those with marijuana-related convictions or their relatives.

The first-wave growers this year are projected to produce a couple of hundred thousand pounds of product. That would be a fraction of the projected demand in New York, which could eventually be well over 1 million pounds (454,000 kilograms) annually. But state regulators say their launch plan is to balance supply and demand, expanding cultivation as more dispensaries open.

“We do think it will be sufficient to provide that initial supply to our our dispensary locations that we get up and running,” Alexander said.

Statewide, the large majority of cannabis grown outdoors and in greenhouses is expected to be processed for products like edibles and vapes, with the rest to be sold as smokable flower, said Allan Gandelman, president of the New York Cannabis Growers and Processors Association.

Cannabis grown outdoors can often have lower THC than plants grown indoors under lights. That makes it less desirable to some consumers, though others appreciate its nuanced characteristics, comparing it to garden-grown tomatoes or a complex glass of wine.

“It’s called sun-grown marijuana,” said grower Moke Mokotoff of Claverack Creek Farm in the Hudson Valley. “And a lot of aficionados just like the way it smokes better.”

Aside from pests and bad weather, a big challenge to growing weed outdoors is the threat of thievery. Homestead’s half acre is not only surrounded by an electrified fence, but it has motion detectors and other security features.

About an hour south, Mokotoff is taking similar security precautions and plans to step them up just before harvest, when plants’ THC content will be at its highest.

“We plan to have people sleeping in the field,” Mokotoff said.

The turbo boost in production is expected to come from indoor growers, in particular the companies that already produce medical marijuana. With regulations still pending, Alexander expects more licences to be offered early next year.

Major industry players are already poised to take advantage of an expanded market.

Chicago-based Green Thumb Industries is building a growing and manufacturing facility that will cover more than 4.5 acres (1.8 hectares) at the site of a former prison north of New York City. The Warwick facility is expected to be operating next year, producing a wide array of Green Thumb products.

The company sells its brands in 15 states and owns a company providing medical cannabis in New York.

“New Yorkers have been watching the industry flourish from the sidelines,” CEO Ben Kovler said, “and have high expectations for the forthcoming adult-use market.”