Update: JP looks to the Americas for next acquisition amid turbulence in Eastern Europe 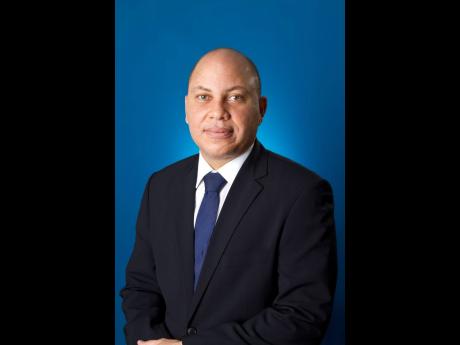 Food and logistics company Jamaica Producers Group will continue its investments in all its markets notwithstanding the intensified fighting in Donbas, Ukraine, which has pushed the war in Eastern Europe into its second phase.

Against an already turbulent backdrop of inflationary pressures, the war between Russia and Ukraine is exacerbating supply and demand tensions, damaging consumer sentiment, and threatening global economic growth.

The expected impact on Europe itself is that spillovers from the war in Ukraine will cause serious setback to Europe's strong yet incomplete recovery from the pandemic, which left private consumption and investment well below pre-COVID forecasts.

Managing Director of Jamaica Producers Jeffrey Hall, in commenting on operations in the market, said on Friday that both sales and employee numbers in the geographic region are still strong, there are internal concerns over rising commodity prices and how wage rates could be impacted by inflationary pressures, but that JP would press ahead with its innovation and investment strategies in Europe and its other markets.

“We are watching it closely and we are preparing ourselves to deal with it,” Hall told shareholders at the company's annual meeting, which, for the first time in nearly two and half years, was held in physical format.

Last year, the food and logistics company pumped north of $1 billion into completing the acquisition of three companies as it seeks to expand and diversify its portfolio. In April 2021, the JP Group acquired 50 per cent shareholding in UK-based shipping company Geest Line, then in September it announced that it had also purchased 50 per cent interest in CoBeverage Lab SA, a producer of fresh juice based in Barcelona, Spain.

CoBeverage's acquisition was directly in line with JP's strategic plan which includes the development of new major markets in Europe for fresh juices, while Geest Line served to connect trade between the United Kingdom and the eastern Caribbean.

Today, some 48 per cent of the JP Group revenues come from Europe, and the other 52 per cent from the Americas. Of its 2,000 global staff members, little under 400 are based in Europe.

For the year ended December 2021, the JP Group reported $3.8 billion in earnings, on revenue which jumped near 20 per cent year on year to $25 billion. The performance was largely attributable to the new investments made in 2021, particularly in the shipping business which would have benefited from high shipping rates sparked by supply chain shortages and bottlenecks.

The JP Group has plans to continue its hunt for lucrative deals, but in a response to a shareholder query about shifting more of its expansion plans towards the Americas given the rising threats in Eastern Europe, Hall confirmed that the company would be looking at markets like the Caribbean, United States, Canada, Colombia and Curacao for investment opportunities.

“Yes,” he said, after a brief off-air discussion with company Chairman Charles Johnston.
Johnston has previously said that over the course of 2022, JP's business development programme will continue to emphasise value-based acquisitions and investments in fresh juices, typically focused on the European market, speciality food and drink for which focus is on the Caribbean and the global logistics enterprises, also focused on the Caribbean.

“Clearly, we are mindful of the challenges presented by war in Europe, high inflation and supply chain challenges. We continue to believe that our strategy of maintaining diverse business lines, a diverse geographic footprint and a flexible balance sheet will continue to serve our shareholders well,” he said in the company's annual report.

In October 2021, a month after the purchase of CoBeverage Lab, JP Group acquired 50 per cent stake in Dominican Republic-based ice and water distribution company, Alaska, in partnership with Norbrook Equity Partners.

CORRECTION: This story has been updated to remove incorrect information that Jamaica Producers Group might pause its investments in Europe.