Take-up of tourism pension plan off to good start – Hosin 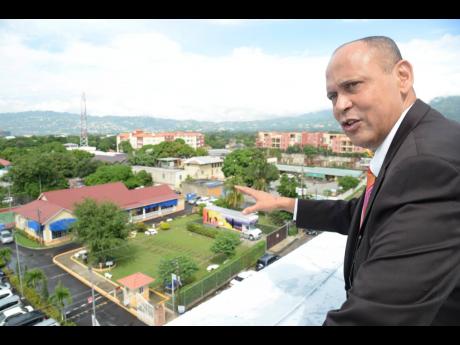 The October lift-off of the Tourism Workers Pension Scheme, TWPS, got derailed by the pandemic, but now that it’s officially launched, fund administrator Guardian Life says it’s pulling out all stops to get as many workers on board.

Over the next few weeks, Guardian representatives will be meeting with company heads and individuals across the tourism sector to entice them to the $1-billion government-funded pension scheme.

President of Guardian Life Eric Hosin said they will also be rolling out advertising campaigns in the coming week.

If the majority of sector works register by January 2023, Minister of Tourism Edmund Bartlett expects the fund to grow to $100 billion, and to $1 trillion in 10 years.

“We have various meetings set up to start on Monday. We have been getting calls from hotel owners, attraction operations, and so forth, to set up appointments, and we even had persons registering during the launch. So far, things are off to a good start,” Hosin told the Financial Gleaner.

The TWPS was launched on Tuesday, January 12, at the Montego Bay Convention Centre after more than 14 years in the making.

Guardian Life has been appointed fund administrators, while Sagicor is the scheme’s fund manager.

“The intention was to have registrations open last year, but the challenges from COVID-19 prevented that from happening. We are ready now, and the level of interest expressed has been overwhelming” banker and TWPS trustee Ryan Parkes.

For the first three years, the worker contributes 3 per cent of earnings and the employer matches with 3 per cent; thereafter, the contributions and matching amounts move to 5 per cent.

Benefits will be payable at age 65 years or older to persons who have met the vested period of five years.