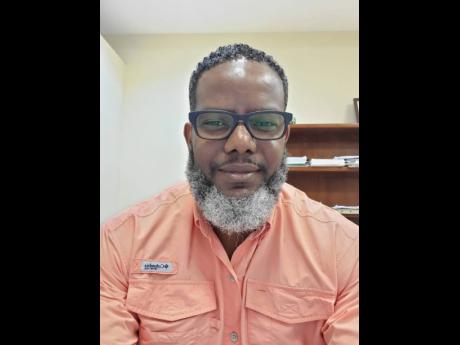 “Price is a major factor preventing increased movement of cargo by small and medium-sized producers within the Caribbean,” was one of the conclusions coming out of a virtual forum on ‘Inter-island Cargo Transportation’, held on Sunday, February 28, and staged by the Caribbean Association of Customs Brokers (CACUB).

The discussion focused on the challenges being faced by suppliers who are unable to fill a container, but “have a pallet or two of goods” that require consolidation, and other types of facilitation, to get to other territories of the Caribbean. Other regional trade issues that were discussed at the forum were the need for all territories to adopt the ASYCUDA World system for Customs that provides a digital platform for greater efficiency, tracking and speed of service, and the need for greater coordination among producers/manufacturers, shipping lines and ports.

More than 80 participants, including Caribbean manufacturers, customs brokers, freight forwarders and representatives of shipping lines and ports serving the Caribbean, participated in the first virtual forum staged by CACUB. In his welcome address, Delroy Fairweather, president of the regional association, explained that the forum was convened in keeping with CACUB’s objective of being “a driving force for improving regional trade”. He said that the customs brokers of the Caribbean played an important role in the supply chain and, therefore, felt a responsibility to get all parties together to find solutions.

Louis Forde, first vice-president of CACUB, noted that whereas the large manufacturers and producers of the Caribbean Community (CARICOM) can fill whole containers and enjoy the economies of scale and reliability of transportation of their cargo by sea, the smaller LCL (less than container load) producers faced a number of challenges.

The challenges faced by LCL suppliers were summed up by Shardae Boyce, chairman and executive director of the newly formed CARICOM Manufacturers Association (CMA), as being lack of reliable and consistent interregional transportation; landing charges being too high at Caribbean ports; and the need for coordination and advertising of available capacities and shipping schedules, including delivery dates.

In their response, the representatives of three of the major shipping lines serving the Caribbean – Crowley, Seaboard and Tropical – stated that there was no lack of interregional transportation and that their schedules were available and made public on their websites. With regard to landing charges, it was noted that the ports may be approached to review their charges and fees to facilitate traders with less than a container load. It was suggested that rather than charging by full container, fees could be calculated by pallet, weight or measurement. It was also suggested that the CMA could encourage members to pool their resources and assist in coordinating arrangements among the various parties in the supply chain.

With regard to port charges, it was pointed out that governments and trade unions may need to be brought into the discussion, as taxes and labour charges were included in the landing and other fees charged at ports.

In his contribution to the discussion, Ambassador G. Anthony Hylton said that there were a number of issues that need to be considered at the policy and industrial levels. He recommended that governments become better acquainted with the issues involving logistics and the supply chain in order to develop and implement policies that address the strategic needs of the region.

In concluding CACUB’s first virtual forum, Donovan Wignall, treasurer and assistant secretary of CACUB and chairman of the proceedings, thanked all presenters and participants for their contribution to the discussion. He said that the meeting had pointed to solutions that need to be explored, and that regional organisations such as CACUB and the CMA are being activated at a most opportune time, when the Caribbean needs their involvement in improving regional trade.